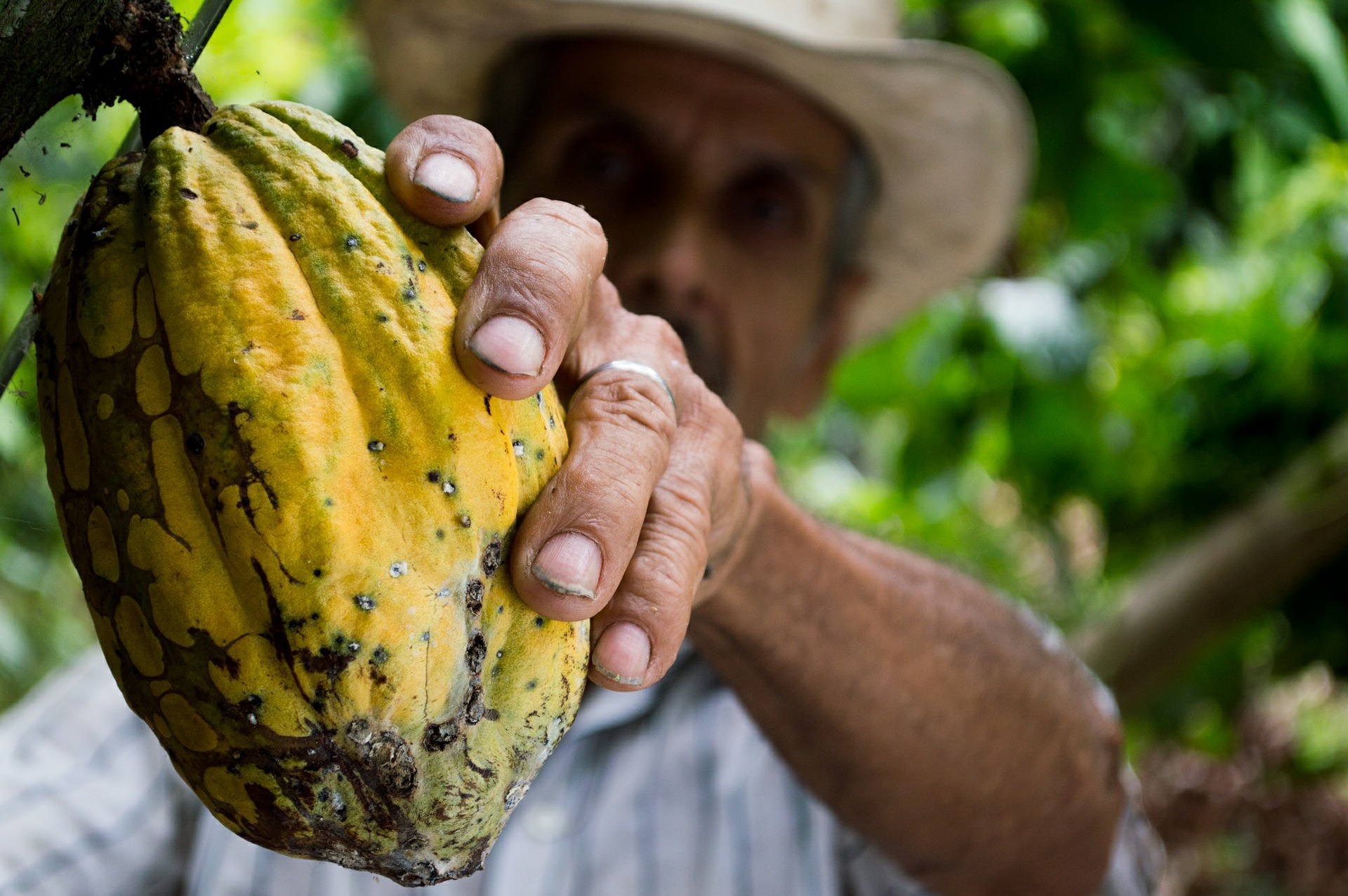 The Process of Transforming Cocoa Beans into Chocolate

Step 1. The fermented and dried cocoa beans are cleaned to remove all extraneous material so ready to roast when you receive them.

Step 2. To bring out the chocolate flavour and colour, the beans are roasted. The temperature, time and degree of moisture involved in roasting depend on the type of beans used and the sort of chocolate or product required from the process.

Step 3. A winnowing machine is used to remove the shells from the beans to leave just the cocoa nibs. This step can be done by hand when using small quantities – otherwise lightly break the roasted cocoa beans and put in a pan or high sided bowl. Take outside and using a hairdryer on low speed, blow over the cocoa to blow away the lighter skins/shells of the beans. Messy but effective!

Step 4. The nibs are then milled to create cocoa mass/liquor (cocoa particles suspended in cocoa butter). The temperature and degree of milling varies according to the type of nib used and the product required.

Step 5.Other ingredients such as sugar, milk, and Cocoa Butter are also added and mixed in the Melangeur/grinder as the nibs are being milled. The proportions of the different ingredients depend on the type of chocolate being made. Ideally the milling or grinding in a melangeur needs to reduce the particle size down to around 20 micron, so you get a smooth mouthfeel with no gritty or sandiness on your tongue – as with industrially produced chocolate,[Cocoa mass/liquor can be pressed under extreme pressure to extract the pure cocoa butter, which can be added to adjust the viscosity (thick/thinness) to make the chocolate more fluid so easier to temper later.]

Step 6. The next process, conching, further develops flavour and texture by aerating the chocolate which allows the bitter volatiles to evaporate so Conching is a kneading or smoothing process. The speed, duration and temperature of the kneading affect the flavour. This can also be done in the Melangeur as a continuation of the milling/grinding, so the lid of the Melanguer needs to be removed during this process, which can take some hours.

Step 7. The mixture is then tempered or passed through a heating, cooling and reheating process. This prevents discolouration and fat bloom in the product by preventing certain crystalline formations of cocoa butter developing so results in a shiny hard snap finish to the chocolate.

Step 8. The mixture is then put into moulds or used for enrobing fillings and then needs to be cooled at around 10-12 degrees – a domestic fridge is too cool and can result in condensation forming once you remove the finished chocolate. 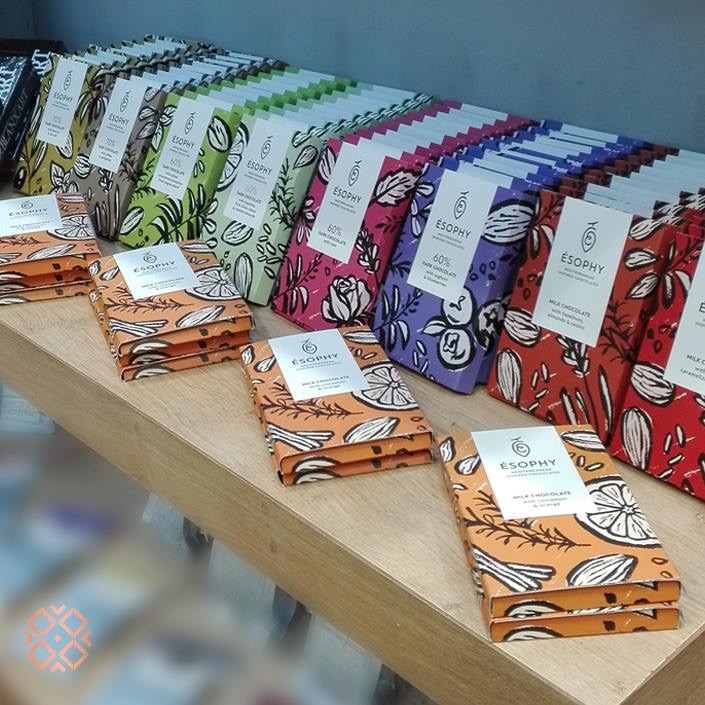 Where can you find our chocolates? 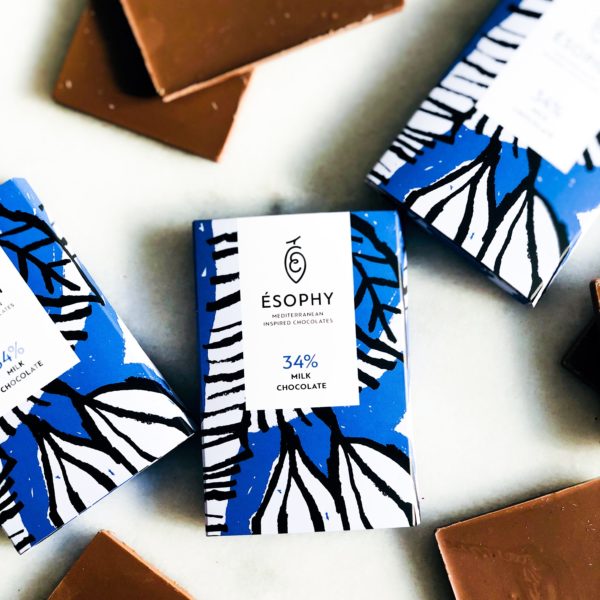 Say it with a colour! 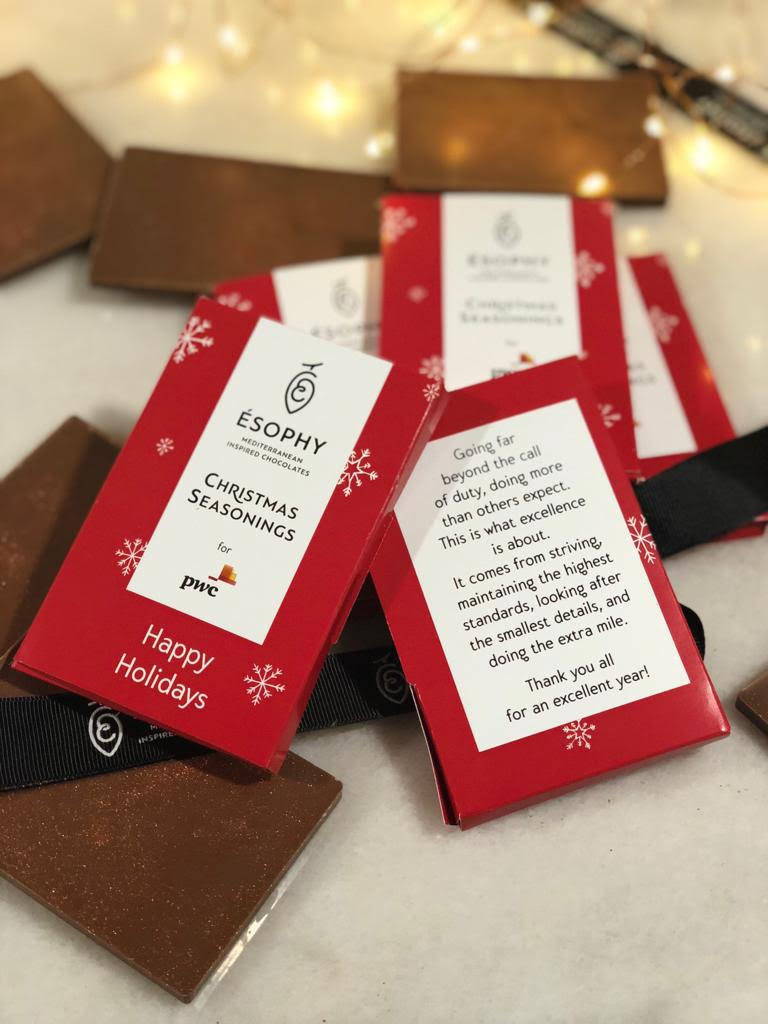 “Thank you for going far beyond…” 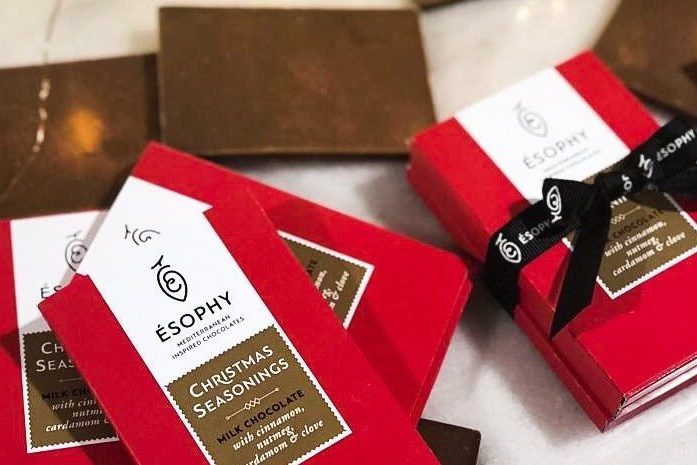